I had several parcels arrive yesterday which gave my day a nice boost as i'd spent it giving my kitchen a thorough cleaning. 1st parcel i opened was from Lisa who was my partner in the Tilda Easter swap. I asked for a hare as i already have a rabbit. 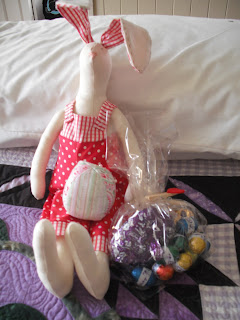 Lisa dressed him in red which i like & he matches my rabbit. :) Lisa also included a fabric egg as a surprise. Lots of yummy choccies in the bag which had a cute little peg with heart attached to enclose the bag. Thankyou again for the lovely gifts Lisa.
Also to arrive yesterday was some books i've been waiting for. 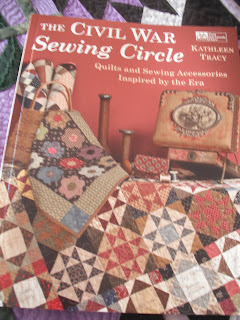 I had been eyeing this off for a while but not sure if i wanted it. I have seen a quilt made up from the book & would like to make it myself. Another hexie project. :) 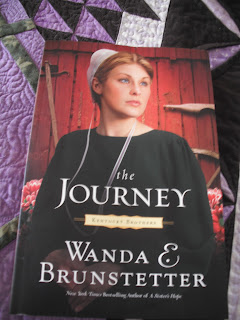 I ordered this as soon as i knew it was released. This is a new series by Wanda Brunstetter. It's a series called Kentucky Brothers.
I've been reading about Pinmoors & decided to give them a go. They also arrived this week. I've yet to try them out. 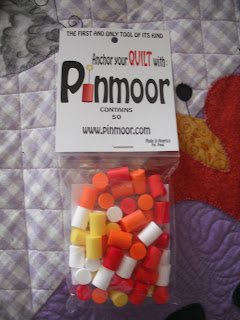 And i did this little stitchery the other night. It's from a lovely little Easter bag by Dawn. Hopefully i'll have time this week to finish it before Eaters since i'm spending most days Autumn cleaning the house. 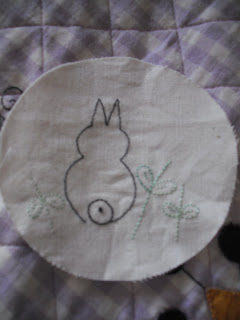 I love your Easter hare and the little bunny stitchery is very cute. Your books look interesting and I have never seen pinmoors. They look intriguing.

Love your bunny stitchery I have never hard of pinmoors before. Like your book also . Have a great day.

Nice goodies! Great books too! Love your stitchery!! So cute!

oh dear me - do I do I do I get hooked on another book series LOL
I'm totally smitten with the Red and White Queens at the moment and have also taken to listening to audio books whilst sewing!
LOVE the Hare you received from Lisa! It's simply gorgeous! As is your stitchery

LOVELY mail - that hare is too darling!

How lovely Jeanette what are the Pinmoors I'm still loving my green pen THANKS FOR THAT TIP :):)

Your hare is sweet all dressed in red . Interesting books and I have to ask what are pinmoors?I hope to also get that little bag made for Easter not so sure it will happen though ;-)
hugs Sheila

What are you doing with the pin-moors? i dont no what it is?
Thank you for answering.
Jolanda

How exciting for you receiving all those goodies! Your Easter bunny is adorable. I have never heard of pinmoors. I googled them to learn what they're all about. You must let us know how you like them.

Hello Jeanette, I love your Easter Hare...cute....enjoy your books...I am waiting for the Civil War book....never heard of pinmoors...will be interested in your opinion of them...hugs lyn

Wonderful haul of goodies there Jeanette.... wanna come and clean my place when you have finished yours.... Please..... LOL
Cath Ü