...on the stitcheries & applique at least from Fee's hexagon club. I still have to to turn them into hexagons. :) I had 8 months to catch up before month 9 arrives. 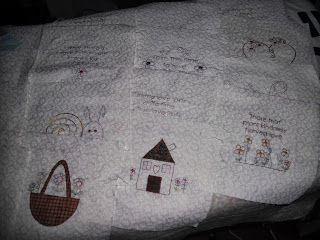 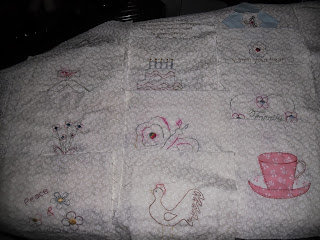 2nd half of them. I discovered, much to my dismay, some of the Cottage Garden Threads i used ran. I'm hoping i can rid them of the dye later on when i've made the hexagons & can wash them.

The rest of my tennis/hostess sets arrived last week. 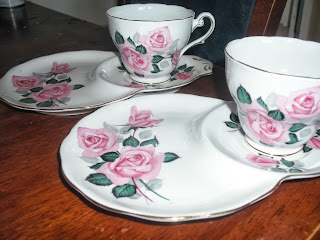 I didn't realise until i went to take a photo that these pair sit in the opposite direction to my other sets. 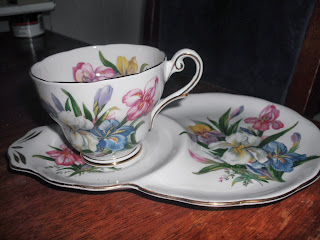 Another recent purchase was this 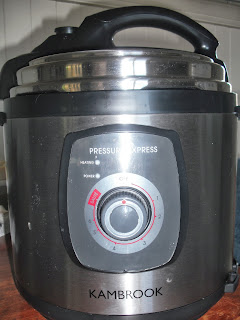 I've been wanting a pressure cooker for quite a while & recently Coles had them for $30. My daughter managed to get the last one at the Coles she works at. Yay for me. I tried the pea & ham soup recipe in the accompanying booklet & although it was tasty felt the ham hock didn't impart enough salt & we weren't keen on the green colour from the peas. I think i'll use the yellow split peas in future like i usually do & maybe add a little salt. Tonight i'm trying the meatball recipe.

Recently Loz posted about a mat for using with hand piecing. Took some finding but i found one. 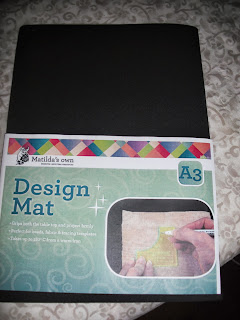 It's a Matilda's Own non slip design mat. Also comes in A4 & will roll up so you can leave your piecing inside.

Great stitcheries Jeanette . Pretty cups , such a unique design . What is this machine , hard to tell from the photo , a slow cooker? Hugs Sheila

well done on the hexagons..Have a look at the CGT website - I seem to recall some info about colours running...interesting idea about that mat...would love to see it...

Wow you have done an awesome job to catch up - Such a shame about the colours running. I have had that happen too - I used EXIT soap and it worked.

Great job catching up. I have noticed in one of the SKOW pincushions that used some of the first lot of thread brought out has run too when I steamed them with the iron. I did a table runner with some of the latest colours and have had no running at all. I think it might be something we all have to keep in mind when stitching with these threads that came out originally.

I am sure the hexagons can be fixed up. Perhaps the threads need dipping in warm/hot water like some of the cross stitch threads that are hand dyed. This sets the colours. You were lucky getting the machine for only $30.00 hope you get lots of use out of it. Winter is a great time to have a machine like this, can you set the timer so it is ready for when you come home.

Great catch up with the hexies.. they look lovely.... I have had a problem with CG thread before .... Soup time - gotta love winter ....
Hugz

Lovely stitching jeanette and yes i have had those threads run on me too ,so i hand wash them in salted water now before i use them and i love those cups and sauce,just gorgeous,have fun with your pressure cooker.xx

Such lovely stitcheries Jenaette shame they ran. Hope it can be rectified for you. Gorgeous China (sigh)xx

Your stitcheries look great Jeanette, shame about the running. Love your china, do you use it or is it just to look at? Sharyn:)

Some bunny has been very, very busy!

Cute stitched motives (I like the snail and tea cup).
Lucky you with the pressure cooker and the mat (I need to think about getting one myself :) )