Towards the end of last year i was busy working on swaps, gifts ect & getting slightly aggravated with myself that none of my ufo's had been worked on again during the year. I decided enough was enough. 2014 was going to be it for ufo's. No swaps except for the private online one. Also there was to be no new projects until everything i had hanging around half done or partly started was finished. Well that didn't last long i have 4 new projects started. :) I also know within my limitations that the tops that are half done or partly cut out will most likely only be flimsies at years end but i'll be happy just to have achieved even that small amount of finish.

January saw little done due to hot weather but the last week was finally cool enough to sit & sew. First top was partly cut out maybe 10 years ago. Early last week i finished cutting out the piece need & i got down to the business of making a top. I finished it Saturday. 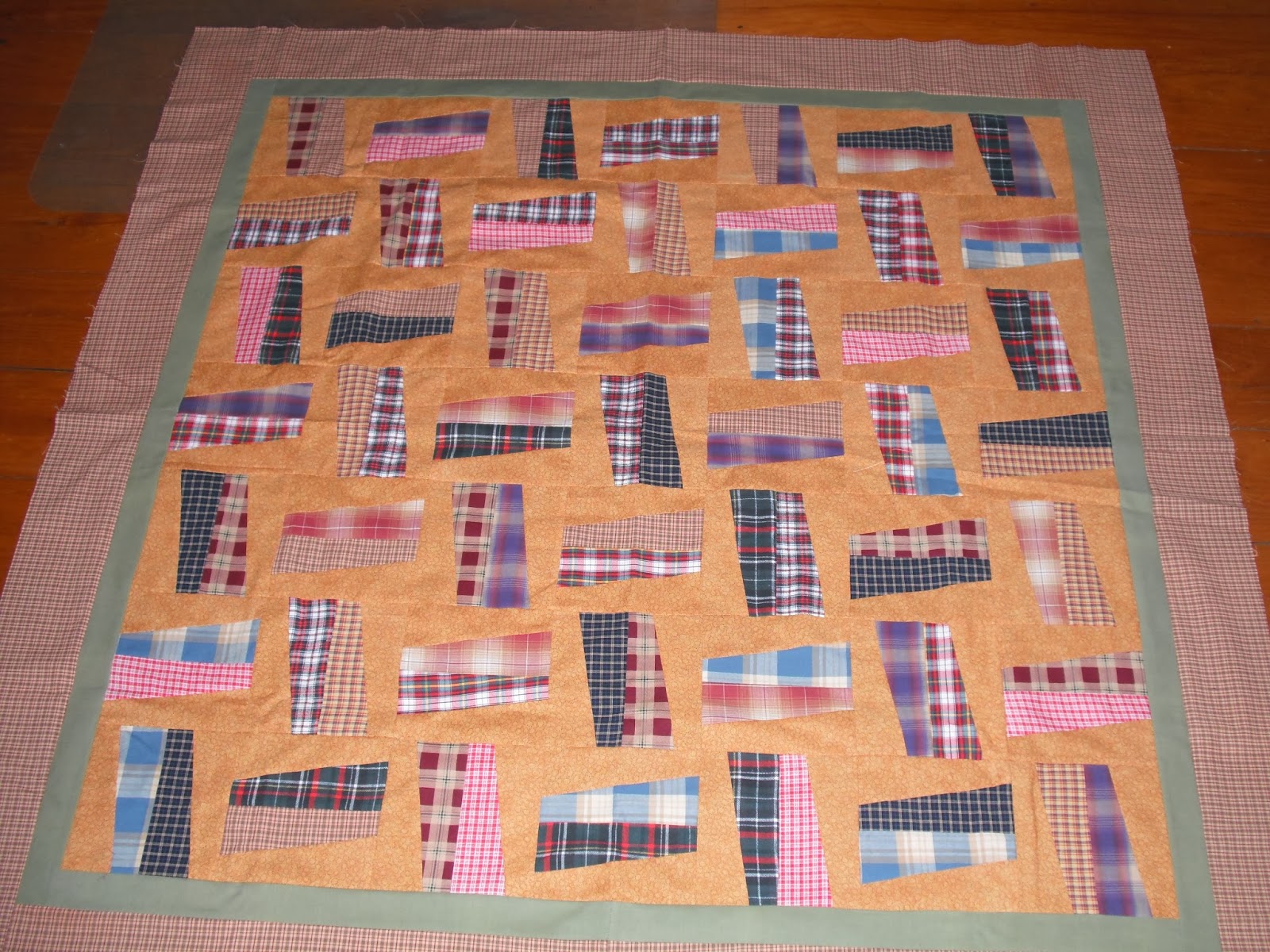 I think that's a great idea to get the UFOs done Jeanette. It is just so hard to resist some of the swaps out there and some of the new projects we find.
Your flimsy looks good.

Its a great start Jeanette. I like the patterm, masculine. Sharyn:)

You sound Very Determined!!! Great start to the Year.
Cheers

Know how you feel Jeanette. I said the same thing at the end of last year, and it didn't last long - already in 3 swaps. But would love to get a few ufo's finished this year also. Love your finish and keep up the good work

It's a beautiful top Well Done... as for all your ufo's, just go one at a time & remember to enjoy the process of the making...