....i have a donut. Started this several months back & it was a struggle then to make it up so i put it aside. Once i got going yesterday i wondered why i left it as it wasn't that hard to sew the tubes together. The hard part had already been done. :) I must say that this donut take one hell of a lot of stuffing. Just hope it's got enough in it. Hard to stuff to. :) 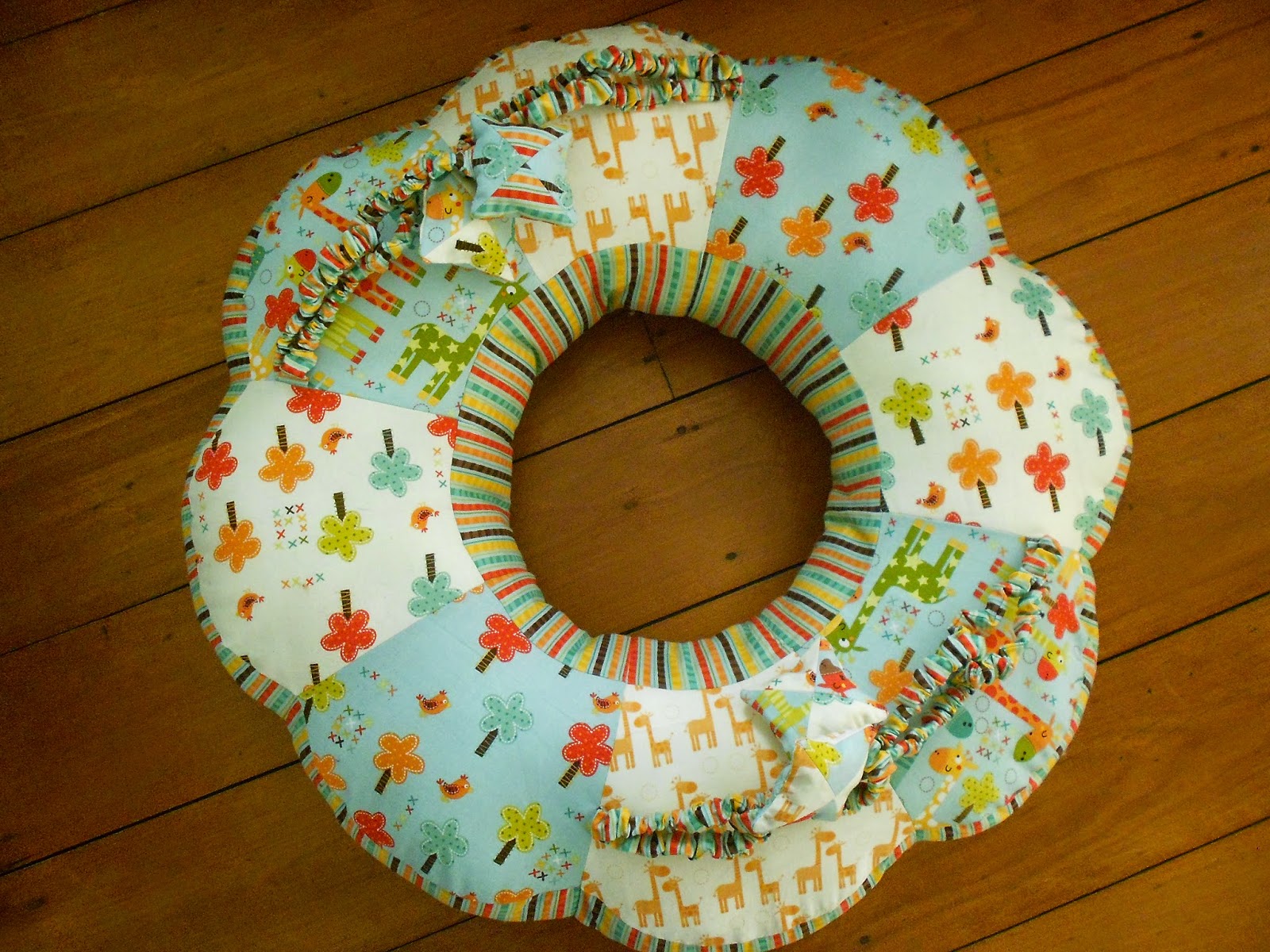 Now all i need is the GS to give it a tryout.  Since that didn't take as long to sew as i thought it would, i left the stuffing until last night, i decided I'd get a start on the Moda Building Blocks pattern. As you can see not much in the way of instructions. 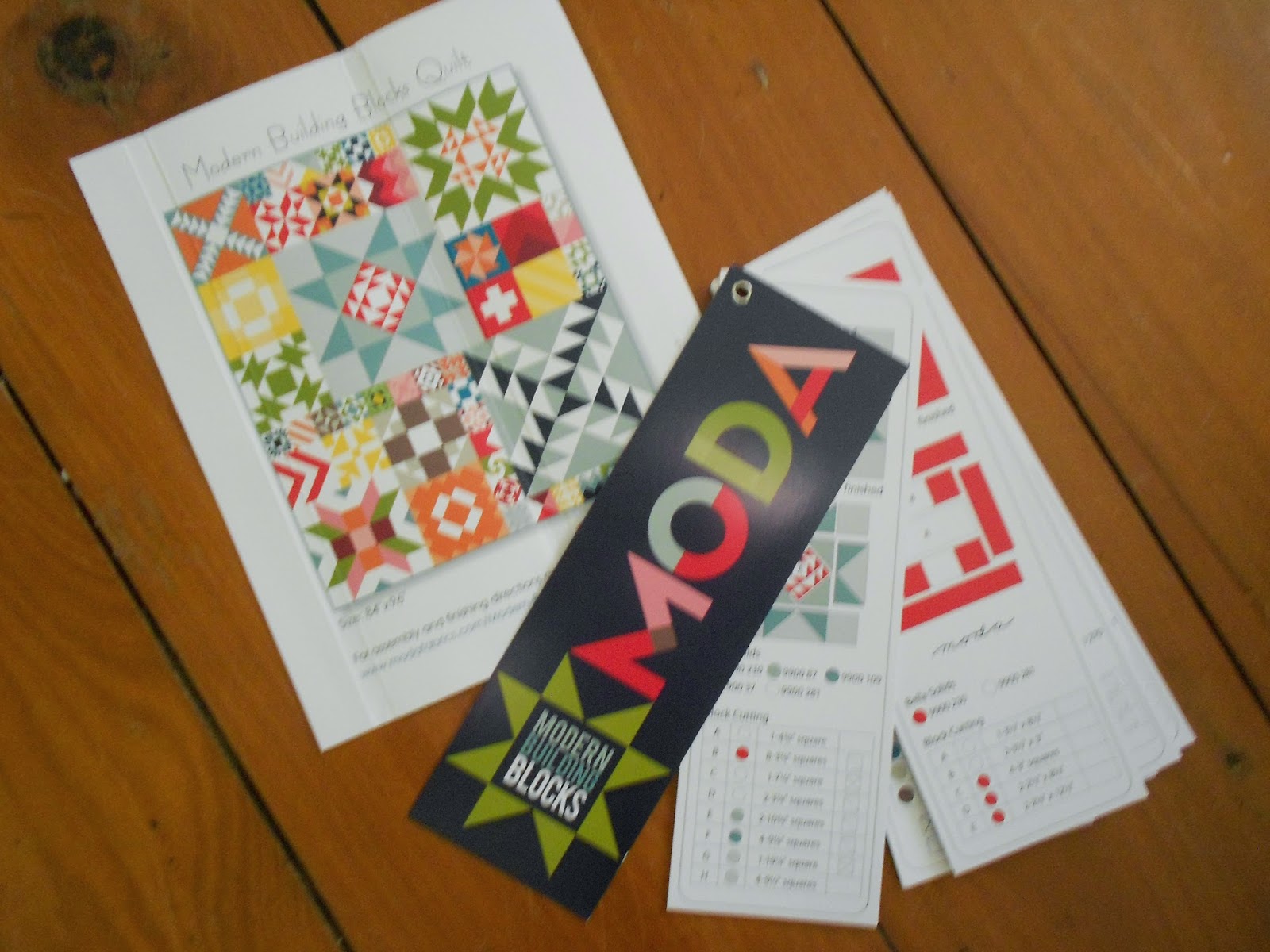 But i forged ahead measuring & cutting carefully. Or so i thought. I had a little trouble with the centre but got it all together, 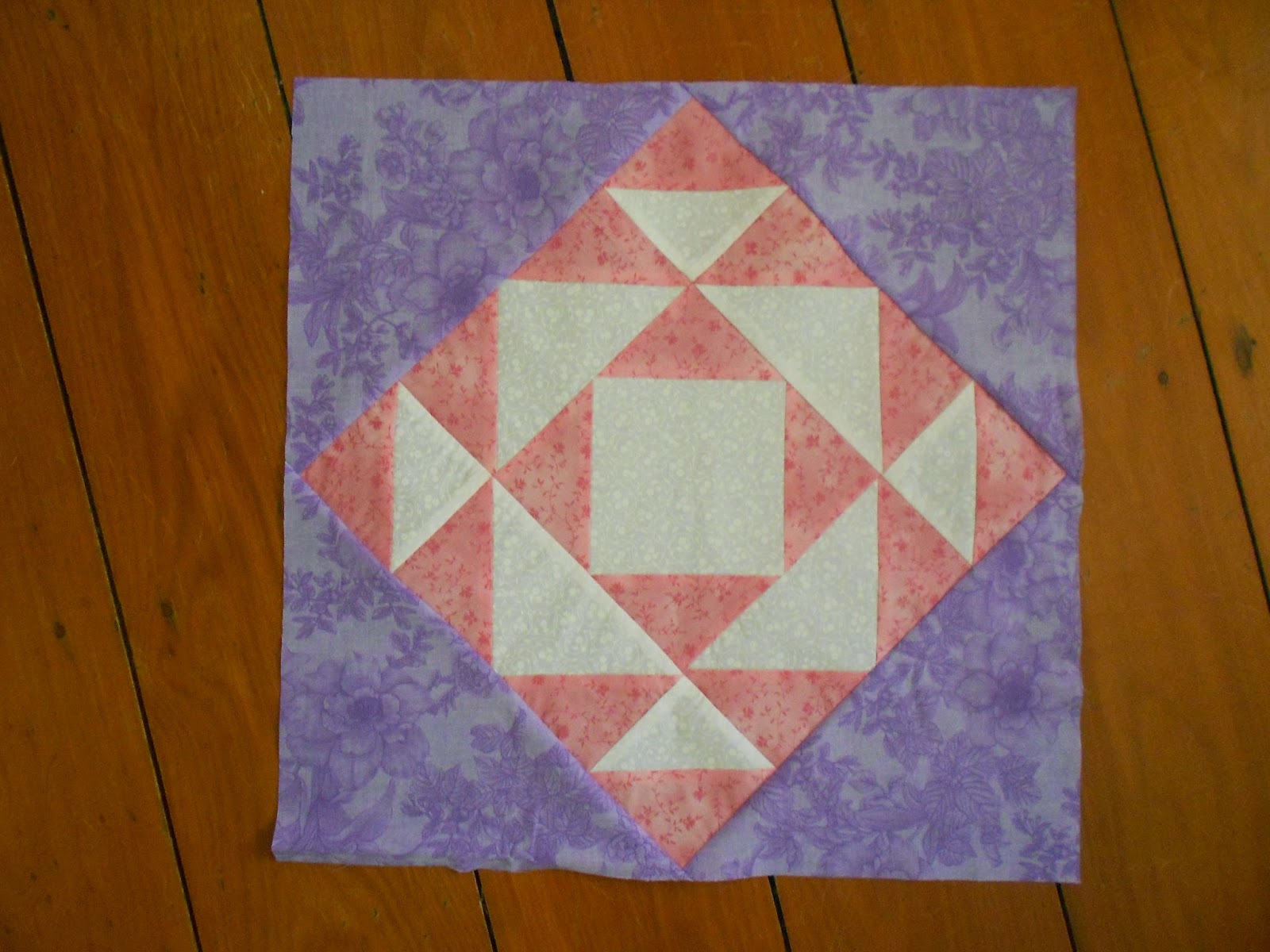 made the next part & trouble struck 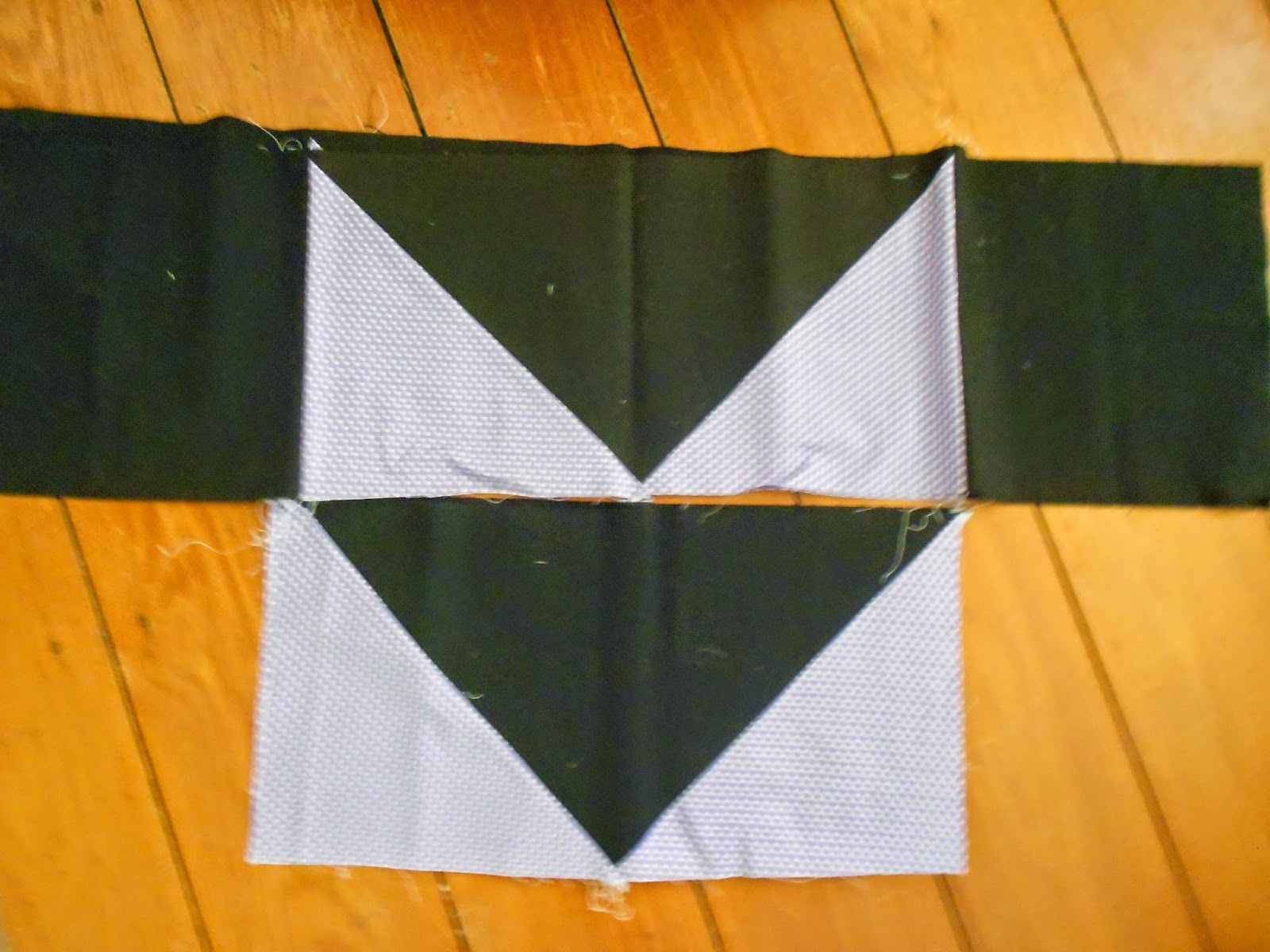 Oh these went together fine it was just when i went to add them to the centre block. The points don't meet so i though must need to trim centre block back. I did & guess what wrong. I now have a nice block for a cushion. Oh & you eyes don't deceive you those borders are huge. When finished this block is 36". I did a little bit of checking on some friends who are also making this quilt & discovered that the seam does indeed sit way out from those points on the centre block when adding those borders. Now to make a new centre block. Oh well live & learn. That was my Sunday.

Love the donut but it does look hard to make - well done! And don't you hate it when the points don't meet? Aaaaghh!

Were there a few words under the breath when remaking??? I know there would be with me...gggrrr!
It will be worth it in the end I'm sure. Keep patient while making this one! :)

I think you already know I just love the donut...
Hugz

Hi Jeanette wow I love this donut you have done an awesome job of making it ,well done as it looks fantastic.Oh that block would be doing my head in,lol.xx

I have that pattern on order so I will keep that in mind when I get it not until November have ordered a kit. I really like it so couldn't resist. Your donut looks great. It is amazing how we think something is too hard but just need fresh eyes and then it isn't so bad.

Love the donut but I wouldn't tackle one....
grrrr sew annoying when things go wrong...