Yesterday afternoon a storm hit Ipswich. The wind was blowing the rain every which way.We had to shut up the whole house & then we were so hot despite the coolness of the rain. The poor Christmas tree on the front verandah was blown over & was so soggy when i went to stand it back up again. The dog didn’t like it all either. With the rain being blown everywhere it was even going in under the verandah where she usually sleeps. I took pity on her & put her on the verandah that was reasonably dry. 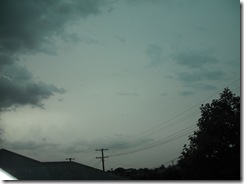 My daughters stood on the back landing taking photos letting the wind & rain in. :) 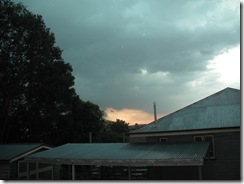 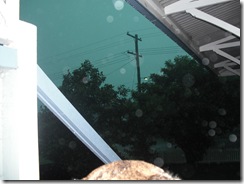 Just a few shots of what it looked like outside. Inside i set about preparing more things to make. :) 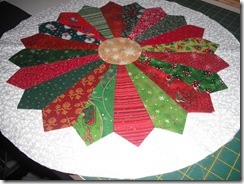 The table topper that matches the little embroidered hexies. You can’t really see them but there is traced patterns around the edge to embroider. 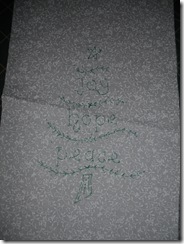 Thought i’d done last years free Christmas stitchery from Gail Pan . Then remembered that i didn’t find it until January because we were without internet all of December and i then put it in a folder & promptly forgot about it. :) 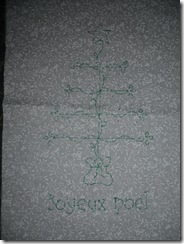 This years design from Gail. 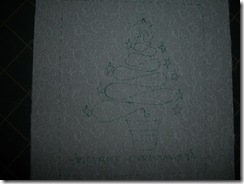 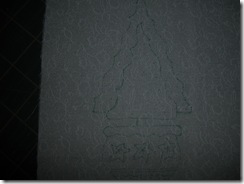 and this cute design from Catherine, 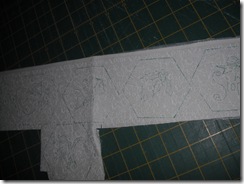 and these were from a stitchery Christmas decoration offered last year from Vicki. I know i won’t get them all stitched up & finished by Christmas but at least i’ll have a head start for Christmas 2011. :)
Jeanette
at December 17, 2010

Hi There,
I love your table topper and I think the embroidery is a great idea around the outside. Is this a pattern you have or your own creation?

Looks like you had quite a storm. I'm glad that everyone was ok. I love your Dresden table topper. So pretty. Looks like you got a good start of some projects. I know they'll I'll be beautiful!

The table topper is lovely and so is the embroidery. I think it's raining everywhere lately, lots here too. The other day we had
40,000 lightning strikes in 90 minutes.